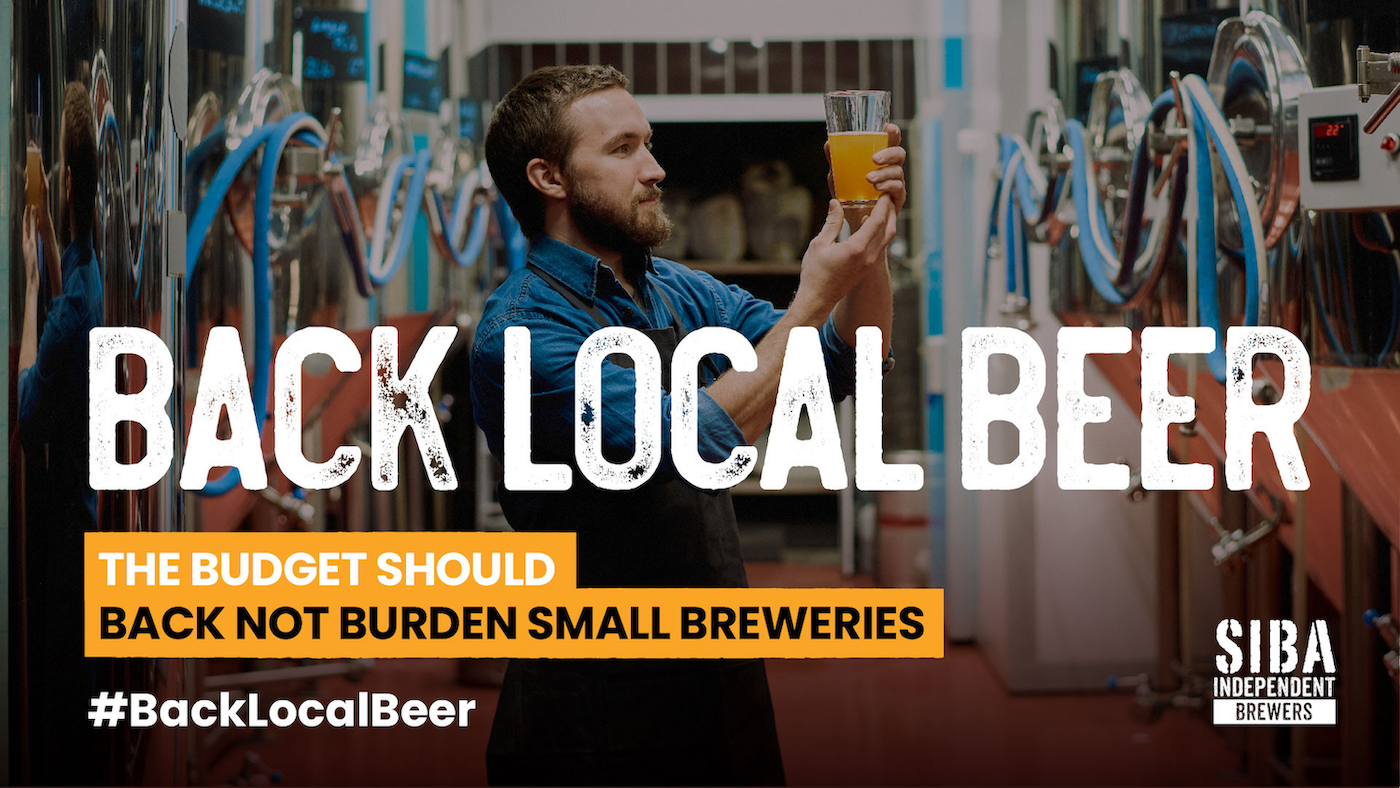 SIBA are calling on the Government to #BackLocalBeer in the Budget with positive reform of Small Breweries Relief, not burden them with another Tax rise.

The Government’s proposed tax hike could see some of Britain’s small brewers fighting for survival. The proposed changes will mean that over 150 small independent breweries will have to pay more in beer duty, while those larger in size will pay the same amount or even less than before.

This ‘reverse Robin Hood’ system will put local businesses at risk which have been amongst the hardest hit during Covid. On top of this, the Government is planning to move SBR to being calculated on a cash basis which will likely erode support over time, hitting every single small local brewery. SIBA has campaigned for positive reform of beer duty which allows brewers to grow, but doesn’t penalise the smallest brewers in the process.

Small Breweries’ Relief is a tax system which means smaller breweries pay a more proportionate amount of beer tax on the small amount of beer they produce compared to the global giants. This has been crucial in the growth of independent craft breweries across the UK over the last twenty years. The trade body for independent breweries, the Society of Independent Brewers (SIBA), is calling for Government to protect small brewery businesses and commit to not raising the tax small breweries pay. It also wants the Government to drop its plans to move to a ‘cash basis’ which could freeze the level of support for all time.

Under the new proposals the definition of what constitutes a small brewery has been more than halved, from 5,000Hl to 2,100HL, which in real terms means that more than 150 local independent craft breweries will be worse off because of what Government has announced – breweries which have been amongst the hardest hit during Coronavirus and have received little support to keep them going.

How can you help?

Download content from the above assets folder which contains a template letter to write to your MP plus social media assets including static images, videos and GIFs.

If you are a non SIBA Member brewery, publican, or member of the public who supports small breweries enter your email address below and we will keep you informed of how you can lend support:

“Independent breweries have been left high and dry by the Government during Coronavirus, so to hit them now with a proposed tax rise will be devastating. During lockdown small brewers have seen beer sales drop by on average 80%, and just as they are taking their first steps back into normality the news of a proposed Tax Hike has caused a huge rift in the industry”

For some breweries the rising tax bill could force them into closure and for many others it will stifle growth, as breweries delay growth in order to remain small to stay below the level at which beer tax starts to rise. It’s a huge own-goal by a Government aiming to kickstart our economy, stimulate growth, and get local businesses thriving. The fact that Government have signalled tax rises for small brewers, but not telling us by how much is further adding to the uncertainty, worry and anger. We need Government to reverse the decision, or publish the detail of their proposals so we know who are the winners and losers, and by how much.” James Calder, SIBA Chief Executive.

Overview of the issue:

What SIBA are calling for: