Small brewers from across Northern Ireland have come together to call for changes to outdated and unfair alcohol laws which prevent them selling beer directly to the public.   Meeting in Belfast on Monday (27 January 2020) the 11 brewers attending discussed forming a new campaign group to make the case for independent beer in […] 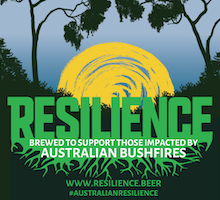 Small independent brewers in Scotland have called on the Scottish Government to make changes to the proposed Deposit Return Scheme (DRS), expected to be introduced next year. Meeting in Edinburgh on Thursday (16 January 2020) to discuss the issue, small brewers from across Scotland signed a petition urging the Scottish Cabinet Secretary Roseanna Cunningham to […]

After the recent General Election, SIBA’s Chief Executive, James Calder, has written to key ministers in the new Government outlining the challenges and opportunities for independent craft brewers over the next year. Alongside the letters, each minister was sent a copy of SIBA’s latest manifesto which outlines 15 policies to turbocharge independent brewing in the […]

The Society of Independent Brewers (SIBA) has today responded to the news that Chancellor Sajid Javid’s first budget will take place on the 11th March, a day when around a thousand representatives from the beer and brewing industry will be together waiting to hear the ruling on the future of Small Breweries’ Relief. “The timing could […]