Over 100 MPs tell Chancellor: ‘Now is not the time for the Government to turn its back on our small breweries’ 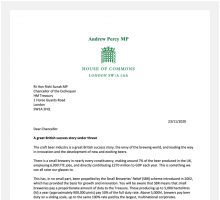 A cross party group of MPs, including former Pubs Minister Andrew Percy, are today calling on the Chancellor to reconsider changes to a scheme which has transformed the small brewing sector in the UK. In a letter signed by 103 MPs, they argue that altering Small Breweries’ Relief (SBR) will put a great British success […] 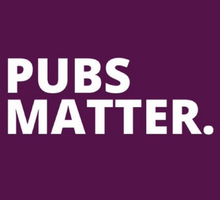 SIBA have joined a coalition of industry partners including the British Beer and Pub Association, British Institute of Innkeeping, the Campaign for Real Ale, the Independent Family Brewers of Britain and UKHospitality to launch the #PubsMatter campaign to remind politicians and the media just how important pubs are to local communities across the UK. “Pubs and beer are intrinsically linked and SIBA are fully backing the cross-industry call on Government to relax […]

Responding to today’s announcement by the Scottish Government of a new £185 million package of support, including £1.8m ring-fenced for breweries, James Calder Chief Executive of SIBA said: “Small brewers in Scotland will today be raising a glass to news of a £1.8m package of targeted support specifically for breweries. SIBA have been working directly […]

Today, the Society of Independent Brewers (SIBA) is calling upon the Government to redistribute the £585m in business rate relief returned by Tesco’s to 40,000 pubs and 2,000 breweries that have suffered hardest during the crisis. This fund could provide each pub and each brewery in the country with up to £14,000 each, helping them […] 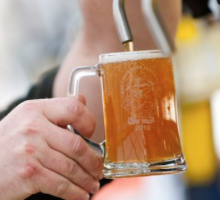 “Today’s £1,000 grant is a derisory gesture for wet led pubs that have struggled throughout this crisis. During the Christmas period many of these pubs would expect to take £1000 in a couple of hours. These pubs never benefitted from the much-lauded hospitality VAT cuts, which don’t include alcohol, and the Eat Out To Help […]