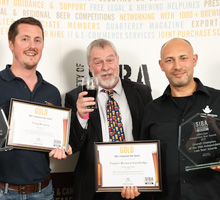 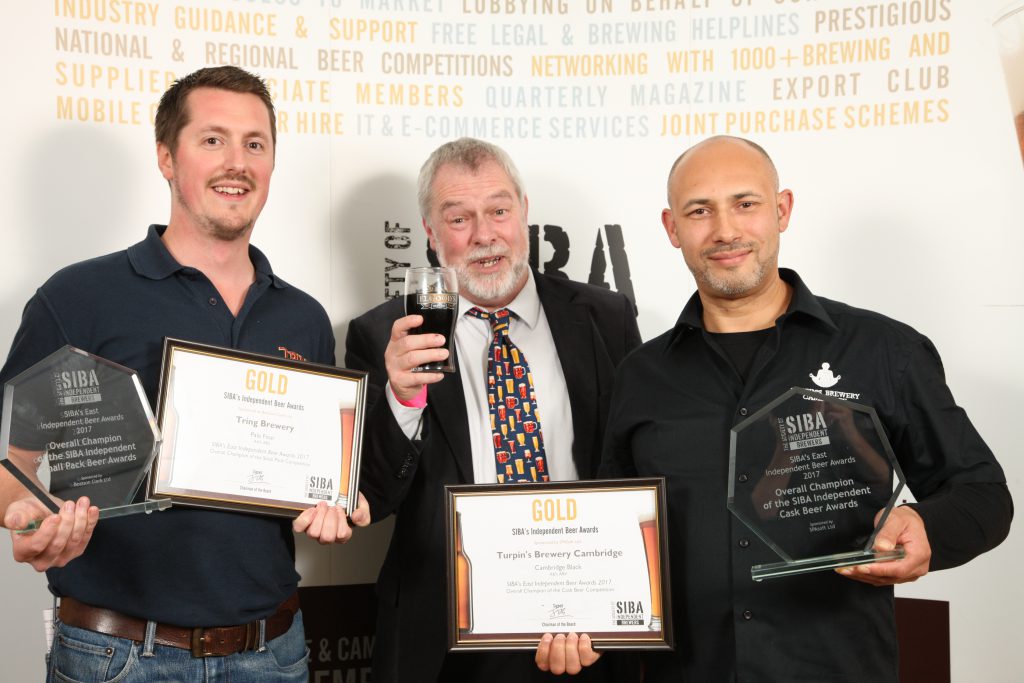 The prestigious awards, run by the Society of Independent Brewers (SIBA), held at Elgood’s Brewery in Wisbech prior to their beer festival opening last night, are judged by brewers and beer experts and seen very much as the brewers’ choice awards in the industry.

Turpin Brewery’s beer “Cambridge Black” took home the overall Gold in the cask competition and is described as having ‘balanced flavours of coffee, cocoa and dark chocolate’ whereas Tring brewery’s “Pale Four” was named overall small pack (bottle and can) winner and could not be more different, described as being ‘Hops, hops and more hops’ with ‘three different types of specialty malts providing a robust base of malt flavour for this punchy American West Coast IPA style beer’.

Commenting on the competition was SIBA Competitions Committee Chair Guy Sheppard, who presented the awards,

“These were very closely fought awards and my thanks go out to all the breweries involved. Turpin and Tring should be very proud of edging ahead of the very high quality pack with these two fantastic beers and I should wish to thank Elgood’s as well for putting on such a fantastic event.”

Collecting the award for Turpin brewery was owner and brewer Marcus Turpin, who had this to say on their win, “This is a huge surprise. The beer has been tweaked over last two years, we think the recipe is great and we’re just that glad people agree and are enjoying it as much as we do. It’s also great to see a dark beer winning at this competition and joining us on the dark side!”

Tring Brewery’s Sales Manager Alex Jackson was on hand to collect their award said the beer is already proving very popular with customers, “To win this award with one of our relatively new beers Pale Four is fantastic. It’s our take on a hoppy American IPA, but with British drinkability. It’s a beer that has grown and grown in popularity amongst our customers – which will hopefully continue following these awards! We’re hugely proud to win.”

The competition took place immediately before the opening of the Elgood’s Brewery Beer Festival 2017, taking place at Elgood’s Brewery in Wisbech, which runs Thursday 21st 5-10.30pm, Friday 22nd 5-10.30pm and Saturday 23rd 12 midday until 10.30pm. The festival features over 150 beers from Independent Craft Breweries and will give the chance to be the first to try the regions newly award-winning beers.