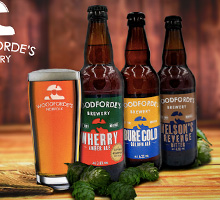 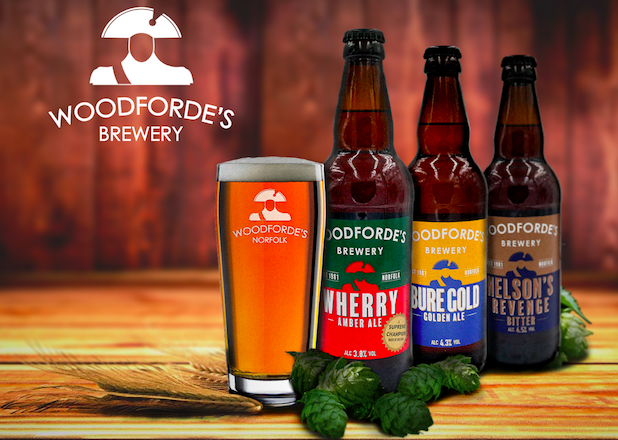 Woodforde’s Brewery, the award-winning Norfolk brewer, has launched three of its most popular beers in Tesco stores across the county – and they are already proving a hit with shoppers.

Available in 500ml bottles, the trio of brews are on the shelves in 15 towns and cities, including Norwich, Swaffham and Diss.

The stores include 12 Tesco Extra sites; three each in Norwich, Dereham, King’s Lynn and Great Yarmouth.

James Armitage, Woodforde’s commercial and marketing director, said: “Making our most popular beers and ales available in some of the leading supermarket chain’s key Norfolk stores is a real milestone for us.

“And early indications suggest that they’re proving popular with Tesco customers, who seem pleased that our top brews are on the shelves judging by the feedback we’ve received from store managers. It’s only been a few days since launch, but sales so far look very encouraging.

“We want our beers, including award-winning Wherry, to be available to as many people as possible, not just to those who visit the county’s pubs, so launching them in Tesco branches right across Norfolk makes them easy and convenient to buy.”

Armitage added: “Following our launch at Tesco, and investment in the brewery at Woodbastwick to meet customer demand, we’re now looking to further increase distribution through the grocery trade.”

Jessica Dean, communications manager at Tesco, said: “We’re looking forward to bringing these Woodforde’s brews to our customers and supporting them as they expand their business. We’re always on the lookout for the very best local products and Woodforde’s beers and ales are a refreshing choice for any occasion.”